Tater Tots Rule the World..and Why Not! 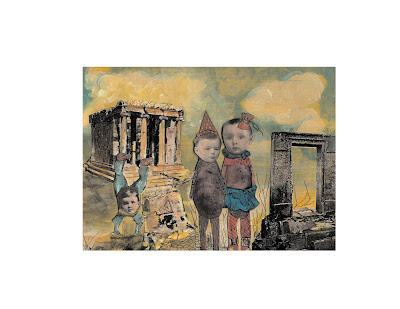 Yep......... spuds have had their eyes peeled and sprouted little taters over many generations, and soon they will take over the world in many forms from chips off the old block to....fries with french heritage. They have a long history underground. Archaeologists have found tater skins preserved in the ash, as far back as ancient Pompeii. See the proof preserved in this fresco above....titled Tater Tots Realization That There Will No Longer Be A Three Ring Circus In Rome. 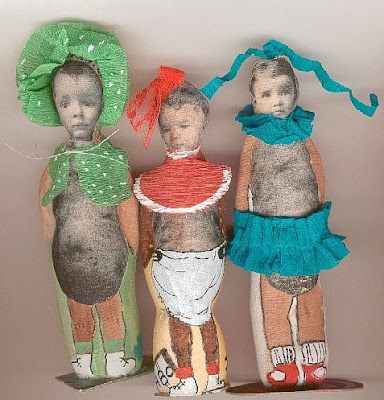 These assorted small fry are making their way in the world.

Halloween Tot, and small spud doing their own thing. Now think twice baked or not......these tots would like to be a part of your life.
Posted by Tinsell and Whimsy at 11:40 PM 3 comments:

What It May Not Seem To Be


Looking out for number one is a difficult job! 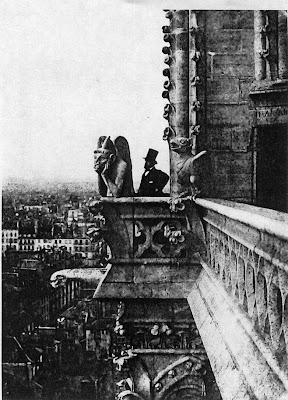 Yet, they seem to be doing it with flair. 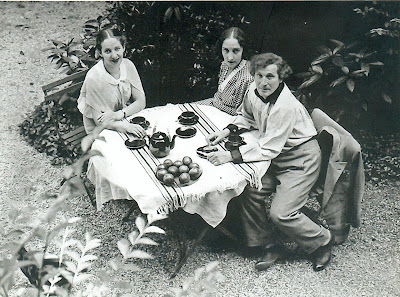 At times, however, you may seem crazed. 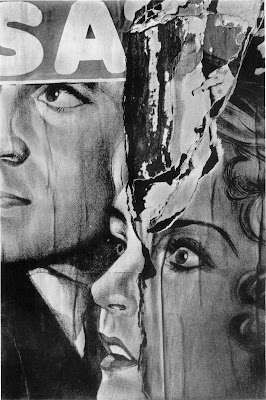 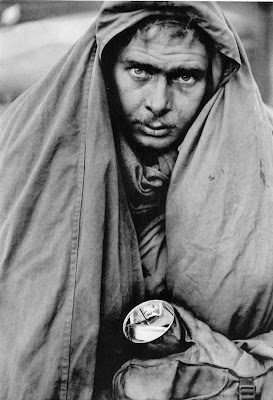 and you seem to be cut off at the head. 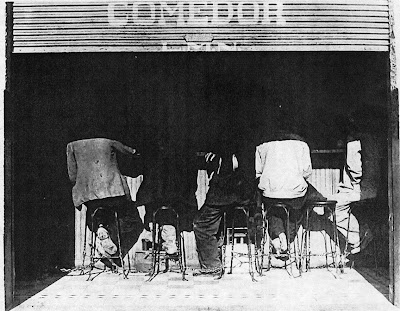 Remember being faced very soon with the indesicions of Hell-0_-ween! 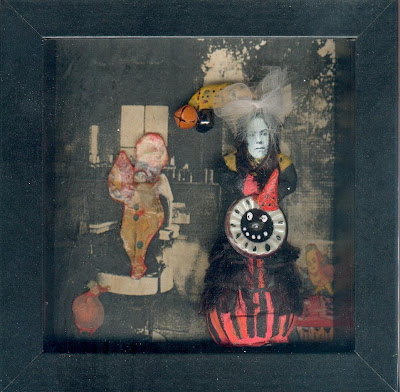 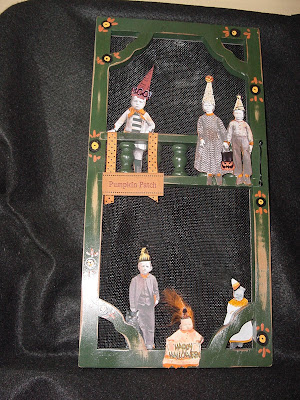 OK........so here's the deal..........do you ever have the notion to create a work of art to be displayed in an odd, or unconventional place, like the door above, done for Halloween? I mean shouldn't art be displayed everywhere.........even in unexpected places? At one time or another we all talk about where we were when we saw, or experienced this or that. It's odd how certain things in our minds stand out, some significant, some not. We can recall where we were, what we were thinking, sensing, or feeling, and even what we were wearing when the memory is recalled.

Today I was walking along my porch and up the few steps to my front door and I thought wouldn't it be great if there were works of art behind the screened air vents in the walls near the foundation of my house. There are these perfect little shelves there to display something. For me now, there is some kind of an artistic compulsion to want to have art displayed in unconventional places. If it was everywhere.........perhaps people, especially those, who sometimes resist the necessity of art in the world would be more inclined to embrace it, recall a memory, and find the necessity to have art in the world............if only it was integrated everywhere in their daily lives. No one should have to make an effort to go somewhere to see art displayed............it should just be everywhere in some form.........and in some cases it does appear naturally. No one can argue the respect and appreciation we have for the natural beauty of nature, as it surrounds us.........the same should be said for the beauty of art created. With this in mind..........I am going to make an effort to try and sprinkle art where it is least expected. I suggest we all try to do this too............art for mankind! Random acts of art........left everywhere.......in trees......on a fence post.......sitting on a bus bench, or on top of the vegetables in the grocery store. If everyone created even just one little random work of art and left it somewhere, and even if only one person responded with a new appreciation for the value and necessity of art in the world, that would be success. So, now here's the challenge..........where would you place your random work of art? I am thinking I will begin at home with my air vents.............the screen door is done. 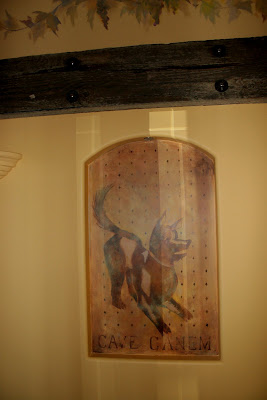 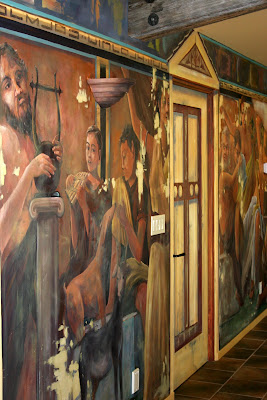 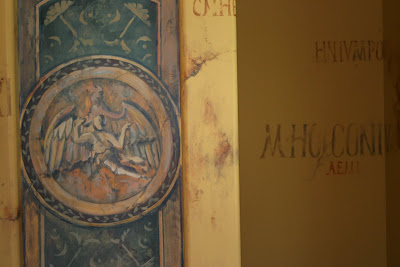 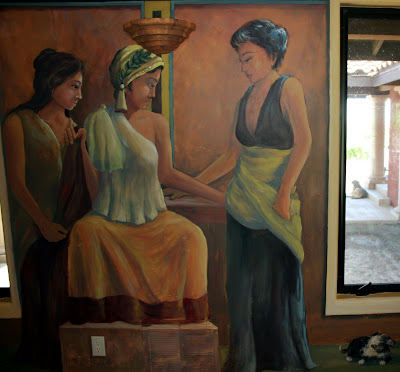 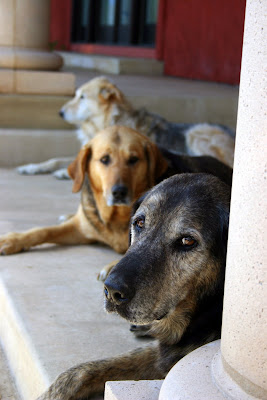 As I have stated before..........I love Pompeii.......and now I finally have a Pompeii house.......thanks in part to Dave Huddleston's beautiful mural painting. Dave is my friend Terisa's (Running With Scissors) husband. I thought some of his handiwork might inspire you to think ancient.........like maybe AD 79. I would like to throw an "Eruption Party" this summer in honor of the Mt. Vesuvius eruption on August 24th AD 79........any excuse to have my husband wear a toga!
I saw many dogs when I was in Pompeii......they were everywhere, hanging out in doorways, under the cases of mummified remains of those escaping Pompeii, etc. Symbolically, dogs can be the spirit guides to the afterlife. So, it is it fitting that so many stray dogs would be seen in Pompeii. I thought of them as representing the souls of all the long lost descendants of Pompeii. Even my own dogs get into the Pompeii scene by chilling near the pillars. I hope they are not playing spirit guides, foretelling a volcanic eruption, but just resting out of the sun.
Posted by Tinsell and Whimsy at 1:54 AM 1 comment: 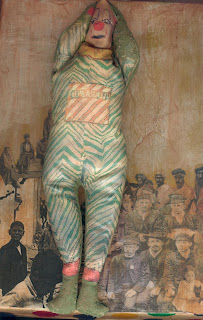